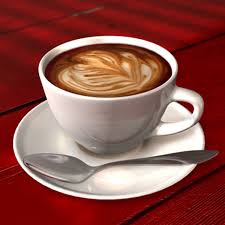 The Victorian government announced recently that it will undertake yet another review into the handling of the glyphosate (Roundup™).

Much of the opposition has been based on a report by the International Agency for Research on Cancer (IARC) in 2015 which claimed to find evidence that glyphosate is “probably carcinogenic”. That report has now been discredited.

No other herbicide has been subjected to as many rigorous tests and investigations as glyphosate and there is no scientific proof that it has harmed anyone.

The US Agricultural Health Study has been tracking 89,000 farmers who use glyphosate for 23 years. It has found “no association between glyphosate exposure and all cancer incidence or most of the specific cancer subtypes evaluated.”

The effectiveness of glyphosate as a weed killer is unprecedented.  It has reduced the total volume of pesticides and herbicides needed to grow Roundup-resistant crops; enabled the introduction of minimum tillage production systems which have protected soil structure; improved soil moisture retention; and increased soil carbon storage.

At the same time, there is clear evidence that it has kept millions of people alive because we’ve been able to sustainably produce more food and fibre from finite resources of land and water.

Experts estimate that banning glyphosate would have significant effects on world well-being. There would be an annual loss of global farm income gains of US$6.76 billion; a net increase of 8.2 million kg pa of herbicide usage; additional carbon emissions equivalent to adding 11.77 million cars. As well, land use changes to meet demand for increased croplands would create an additional 234 million tonnes of CO2 emissions. And global welfare would fall by US$7,408 million per year.

In 2017, the European Food Safety Authority completed a comprehensive reassessment of glyphosate, and determined there was no credible evidence that it causes cancer in humans.

Australia’s evidence-based, scientific approach to regulation ensures that each agricultural chemical product is thoroughly and independently assessed by the Australian Pesticides and Veterinary Medicines Authority (APVMA) prior to registration and supply.

In 2016, the APVMA conducted an exhaustive study commissioned by the federal Department of Health. This study included review of risk assessments undertaken by expert international bodies and regulatory agencies. The conclusion was that glyphosate does not pose a carcinogenic risk to humans and there are no grounds to place it under formal reconsideration.

Yet the alarmists persist.

Sadly, we live in an age where rational science-based evidence struggles to stand against ill-informed opinion; and the divide between those growing food and those eating it is stark.

We are repeatedly told to trust the science on climate change. However, it is often the same people who will not accept the science which categorically has deemed this product safe.

Hope you enjoyed that morning coffee.